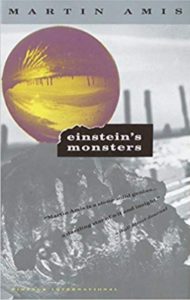 It’s strange how the dead come and find you.

Most come for me in dreams or in this special heat on the back of my neck. Recently, my late friend, Billy Bliss, burned up my neck on the ride home from dropping the boys off at school. Billy was a walking explosive, a creature immune to the natural laws of physics, a performance artist, a painter, a writer, an art history professor, with a mind always fizzing and a heart always breaking in a million tiny pieces.

Billy died tragically and too young.

When I got home, I opened the extinct Yahoo account and read through our correspondences, hundreds. Here’s an example. To set the scene, Laura Bush, G.W.’s wife, was coming to cocktail party at one of his family’s Nevada properties. Billy’s ancestors pioneered the state and at one time owned most of it. I told him to please be on his best behavior. He replied:

i’m wearing my dad’s flaming red and blue Hawaiian floral pants, a pink shirt, and an argyle sweater from the forties, and some tan flipflops from the sixties. that is not a joke.

do you think laura will be taken aback when i gently shake her hand, engage in banal complimentary conversation to assuage security, then give her a three stooges eye-poke while screaming “this used to be our barn, bitch!!” and then vigorously start doing pushups? i think she’ll understand and call off her charcoal dogs.

no, i actually do have some prewritten questions for her about education.”

I told him to at least give Laura a firm handshake.

I found another email thread, where I’d asked him if he’d read Lewis Grizzard. His response, dated November 8, 2004:

“i did read a grip (skateboarding term for a lot) of lewis grizzard’s quips, and i must say he’s really not that funny – i do see where you find a potential literary attraction for me, and appreciate you pointing him out to me. point out more! you need to read Einstein’s Monsters by Martin Amis, it’s a short jaunt into convoluted literature, but absolutely brilliant, and has enough ideas to expound on for a library wing in itself.

i am avoiding readings for my class like the plague; man, at the end of the day i don’t care at all for central american art. call me a crybaby!”

And so, I took Billy’s advice, some fourteen years later, and read Einstein’s Monsters. It’s everything Billy said it was. It’s about nuclear weapons but mostly it’s about us, written by a British author who spends a great deal of time thinking about both. The book contains five powerful, fictional stories (two prior to nuclear holocaust, and three post) and an introduction essay titled ‘Thinkability’. If nuclear holocaust doesn’t cross your mind much, make sure you’re stocked up on Pepto Bismol, and swish this around in your brain for a while:

“What we are experiencing, in as much as it can be experienced, is the experience of nuclear war. Because the anticipation, the anxiety, the suspense is the only experience of nuclear war that anyone is going to get. The reality (different kinds of death, in a world without discourse) could hardly be called human experience, any more than such temporary sentience as remained could be human life. It would just be human death. So this is it, this is nuclear war—and it is ruining everything. The “effects” of nuclear weapons have been exhaustively studied, though of course nobody will ever know their full extent. What are the psychological effects of nuclear weapons? As undetonated, the world’s arsenals are already waging psychological warfare; deterrence itself, for instance, is entirely psychological (and, for that reason, entirely inexact). The airbursts, the preemptive strikes, the massive retaliations, the uncontrollable escalations: it is already happening inside our heads. If you think about nuclear weapons, you feel sick. If you don’t think about them, you feel sick without knowing why. Nuclear weapons repel all thought, perhaps because they can end all thought.” – Martin Amis from ‘Thinkability’

It’s strange how books come and find you.