The Psychodynamics of Social Networking: Connected-up Instantaneous Culture and the Self by Aaron Balick

I joined Facebook in September 2009. I had an alias, my dogs, Moses and Blue Sasser. I posted a couple of pictures of them and they acquired a few feline friends. The account remained dormant for roughly eight years.

I became ACTIVE on Facebook in March of 2017. My motives were commercial. I had a novel coming out that June and both my publisher and my publicist insisted I “build a platform”. Of what I wondered?

I followed their advice and changed my profile name from Moses and Blue Sasser to Jana Cromartie Sasser. The floodgates opened. I got messages from my friends: Jana! Jana, you’re alive! Jana, I can’t believe you’re here! Jana, where have you been?! Jana! You’re on Facebook! Did hell freeze over?

And then, someone “poked” me. I didn’t feel a thing.

With two years of social media activity under my belt, I’ve spent a great deal of time interrogating my conscious and unconscious motivations behind both my consumption of and contribution to the internet. Hence, this book. 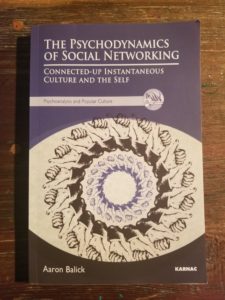 There is so much in this book to reflect upon, but these points and theories struck me most:

Through self-experimentation I found the last theory to be both frightening and true.