Gather at the River: 25 Authors on Fishing Edited by David Joy and Eric Rickstad

Gather At The River: 25 Authors on Fishing Edited by David Joy and Eric Rickstad 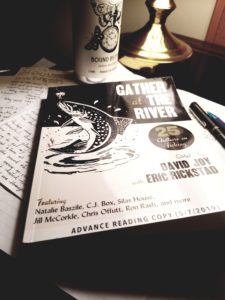 I have a personal interest in this book because I have an essay in it. Acclaimed Appalachian Noir author, David Joy, sent me note, asking me if I wanted to write an essay about fishing. One of the authors he’d corralled for the project, some New York Times Bestseller, dropped out for whatever reason, which I’m not at all sorry for. I told David, “Hell yeah!”, which is my standard knee-jerk response to pretty much everything.

I didn’t know what I was getting into. I didn’t know how to write an essay. Trust me, it’s a special craft, and one that I highly respect and admire. In fact, the last essay I’d written was my college entrance essay, which I do believe was the only reason they admitted me into the geek squad at UC Irvine. It wasn’t my GPA and certainly not my SAT scores, which was a whopping 840 combined. A monkey on psychedelic drugs could score higher.

So, in preparation for writing this essay, I bought a pack of cigarettes (for the record I’m not a smoker) and some beer (for the record I’m not an alcoholic) and I read the hell out of some essays, studied the form and craft and tried to figure out what made the good ones work. I read essays by Virginia Wolf, Joan Diddion, Susan Sontag, George Orwell, Ralph Waldo Emerson, etc. et al. The two essays that helped me the most with this particular endeavor was E.B. White’s, Once More to the Lake, and David Joy’s Digging in the Trash. 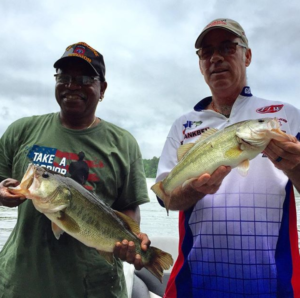 So, after I smoked all those cigarettes and drank all that beer and read all those essays, I spent a solid two weeks writing about the wrong thing and developed a callous on the inside of my middle finger from doing so. It’s still there. I’ll let you feel it next time I see you. I wrote about fighting. I wrote about hunting. I wrote about my Daddy because I can’t help not to. I wrote about falling in love, marriage, death and dying, and a big game trophy hunter named Dorsey Smith. The hardest thing about writing is knowing what to write about. 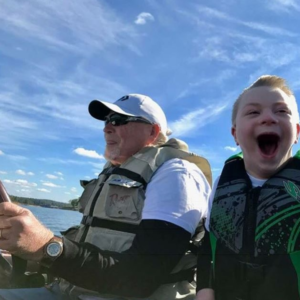 After I finished the essay, after I thought I’d written something decent, I sent it to Mama. She said it was “a little rough” and “it’s not really about fishing.” I sent it to my writing partner, Bren McClain, and she said, “what’s the point?”, and of course Thomas read it, and he said what he always does when I’ve made a big huge mess, “distill it down to its essence.”

And so, I struggled on, bought another pack of cigarettes, drank some more beer, read some more essays. And out of somewhere, I thought of Radney Foster and his song called Godspeed. The Dixie Chicks made that song real popular, but Radney sings it better. If you want proof, here it is: https://youtu.be/EACctKGIV2s. He wrote that song for his then three-year-old son to listen to and remember him by when his son’s mother took him away with her to live in France.

I listened to that song, and I asked myself if I had one last day with my two sons, what would I tell them. And so, I trashed everything I’d written, sat in my sons’ shared room while they slept, lit a candle, and wrote them the best lullaby I could.

I cried every single day for a solid month straight writing this essay, and quite honestly, I was relieved when I’d finished because I was literally exhausted, hungover, and my throat hurt from all those cigarettes. 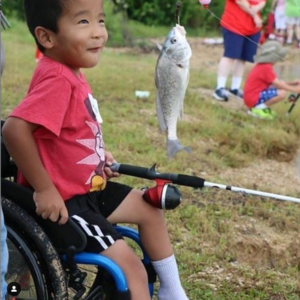 I can’t speak for the other authors who contributed to this anthology, but when I read what Silas House wrote about grief, how “sometimes the grief is so big that the remembering is unbearable”, when I read what poet, Ray McManus, wrote about his distant father and losing his childhood friend, when I read what Taylor Brown wrote, about what it feels like to be born with clubfeet, how his ankles “twisted so that my soles met like praying hands”, when I read what Todd Davis wrote, how water holds memory, how it holds onto trace elements for decades, and when I read what Scott Gould wrote, about sex in a bream bed and sex with a girl named Brittany, I can only imagine they might’ve shed some tears, too, or at least shut them down in their throats. Because when it comes to fishing, (and I’m stealing this from the back cover of the book) we all know just as well as Henry David Thoreau wrote, “it is not really the fish they are after.”

Gather at The River comes out May 7th from Hub City Press. All of the author royalties from this anthology go to support an organization called C.A.S.T. It’s a charity that takes disabled children and military soldiers and their families fishing. Do something good with your money, read a good book, and put one of these kids or one of these soldiers who fought for your freedom on the water for a day. Be responsible for one of their thrills. Help them catch a fish. Help them find whatever else they may be searching for. 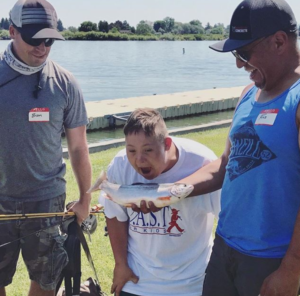 You can pre-order here: https://hubcity.org/press/catalog/nonfiction/gather-at-the-river/